The case of Anders Aslund is a touchstone for what the supervisory boards of Ukrainian state-owned companies mean for accidental barnstormers from abroad.

Anders Aslund, a well-known economy expert, is leaving the Atlantic Council American think-tank where he worked many years and mainly covered Ukraine. However, Ukrainians know Mr. Aslund not as an expert but as a scandalous former member of the Ukrzaliznytsia Supervisory Board — who resigned because the government temporarily terminated the astronomical payoffs to Mr. Aslund due to the pandemics. The case of Anders Aslund is a touchstone for what the supervisory boards of Ukrainian state-owned companies mean for accidental barnstormers from abroad.

Against the background of everything that got public considering Naftogaz of Ukraine Supervisory Board, it is worth taking a closer look at the personalities of foreigners and their roles at supervisory boards. Beyond a shadow of a doubt, the better part of these people is typical accidental barnstormers whose purpose is simply making big money. However, I would like to start with Mr. Aslund, an excellent case of combining the eagerness for money, work for the oligarchs, and harm to our country.

Anders Aslund knows Ukraine very well. He has worked here in different adviser roles to various presidents since the early 1990s. But it was participation in Victor Pinchuk YES forum that helped him in strengthening his foreign expert status. Viktor Pinchuk loves to dance around the Western expert audience, investing millions of dollars there, which, as we are going to see further, he gets back — and with interest. That said, Mr. Pinchuk invited Mr. Aslund to join the supervisory board of his Credit Dnepr Bank.

For Mr. Pinchuk, the corporate governance reform in Ukraine has become manna from heaven. Since the Ukrainian leadership is known for its corruption, foreigners presented as “the mind, honor, and conscience of our era” should have become a panacea for this shameful phenomenon. Mr. Pinchuk, having strong connections in the West, could give odds to anyone. Taking advantage of the moment, he began to promote his pocket experts to the state supervisory boards.

In July 2018, Andres Aslund got appointed a member of the UZ Supervisory Board, despite his zero background in railways, transportation, or logistics. For Aslund, this new appointment turned out to be successful, as just 10 days later, scandal burst out in the United States in connection with his writing of planted publications. Buzzfeed outlet accused Aslund of producing a report sponsored by Latvian banks. In his work, Aslund claimed remarkable progress the Latvian banks made in the fight against money laundering. A month later, the Financial Crimes Investigation Department of the US Treasury publicly accused one of the report sponsors, ABLV Bank, of money laundering, which caused the bank to close. Noteworthy that Aslund himself confessed that he received money from ABVL to commission his report.

There is nothing to be surprised at what happened later in Ukraine. From 2018 to 2020, as a member of the UZ Supervisory Board, Anders Aslund earned UAH 11 million 733 thousand. That translates into almost 20 thousand US dollars a month for a few working days.

“Truth is my friend, but oligarchs are better friends”

The corporate governance reform, which was supposed to make state-owned enterprises independent from the government and therefore effective, has been a success. The state has lost the ability to influence the work of its giants. However, if earlier the oligarchs acted through the state, now they started to go ahead directly.

The cargo cult of foreigners who are independent and care about the future of Ukraine is perfectly broken by Mr. Aslund, who changed his job but did not change his employer. After his appointment to the UZ Supervisory Board, Viktor Pinchuk's business started looking up very well. The new SB member proceeded to lobby the Credit Dnepr Bank, where he worked before UZ. Oleksiy Riazantsev, business development director at UZ, publicly accused Mr. Aslund of this lobbying and was fired after refusing to cooperate.

UZ procurements also brought great news for Viktor Pinchuk. In December 2019, a scandal erupted over the purchase of wheels from his company for UAH 200 million and twice as expensive as usual. However, this benefit turned out to be not enough. Six months later, UZ decided to help Pinchuk again by announcing a UAH 2 billion tender as compensation for his losses on the Russian market. Fortunately, the tender got canceled after a public scandal. Pinchuk's companies also started to make good money on UZ scrap metal. They went openly indignant when UZ decided to sell it on Prozorro.

All in all, Andres Aslund, a “glorious and independent” member of the UZ Supervisory Board, did not help to solve any tasks declared when ex-pats began to get invitations to the supervisory boards. Neither Aslund nor his colleagues were able to perform their functions that included monitoring and control, strategic development, protection against the influence of the oligarchs.

In May 2021, UZ found itself in a pre-default state. The court seized the accounts of the state monopolist in a lawsuit filed by VR Capital, which owns UZ debts. At the same time, the company announced it has fuel to support only four days of operation. One of the largest companies in the country was forced into bankruptcy by the ignorant actions of accidental foreign barnstormers and its top management.

Anders Aslund is a great example of why it has been a huge mistake to involve external “experts” in the management within Ukraine. Unfortunately, the lesson has not been learned, and dozens of Aslunds continue to wreck Ukrainian companies. Even worse: this week the Rada has adopted the judicial reform which, at the insistence of international partners, legislated a right of veto for foreign experts in the appointments of judges. We will see how the oligarchs will feel themselves at the Ukrainian courts in the near future. Considering how they felt after the foreign “experts” appearance in the supervisory boards of state monopolists, there is no doubt they will be fine.

Meanwhile, Mr. Aslund says us “hello” from the USA with his publication “Corporate governance crisis continues at Ukraine’s state-owned enterprises.” 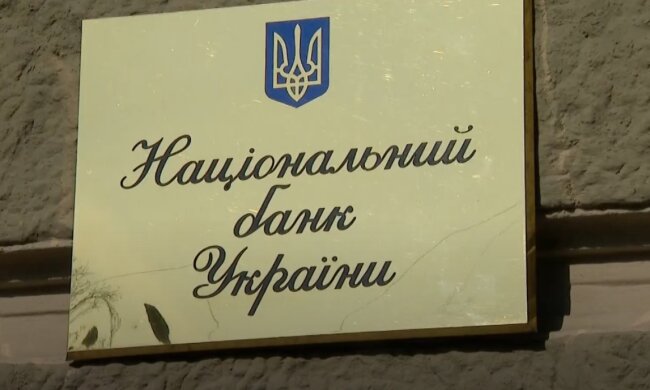